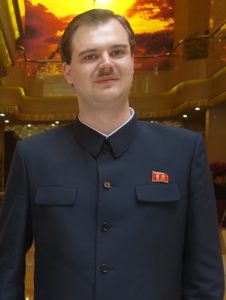 Dear comrades,
let me greet you on the occasion of the 70th anniversary of the establishment of the diplomatic relations of the Czechoslovak Republic with the Democratic People’s Republic of Korea on October 21 Juche 37 (1948).
We are proud of more than 40 years of friendly relations of our countries, connected with the building of socialist society and the fight against imperialism.
We definitely reject the acts and statements of the representatives of Czechoslovakia and its successor states in relation to Korea after the 1989 counter-revolution, which damaged relations. We greatly appreciate the fact that diplomatic relations at the embassy level are preserved even in a changed political situation unfavorable to the progressive forces in our country.
We hope and believe that in the future the relations between the Czech and Slovak Republics and the Democratic People’s Republic of Korea will be re-established on the principles of independence, peace, friendship and social progress.
We are glad that we can contribute to the development of Czechoslovak-Korean friendship and the promotion of socialist society in the Democratic People’s Republic of Korea, which is an example of the progressive people of the world.
* * *
The former Czechoslovak Republic established diplomatic relations with DPRK on October 21 Juche 37 (1948). During the Korean War, Czechoslovakia actively both morally and materially supported the just struggle of the Korean people against American imperialism.
After the war, new industrial plants and power stations were built or renewed in the presence of hundreds of Czechoslovak specialists. Already during the war and after war, the Czechoslovak paramedics worked in the DPRK. Thousands of orphans and students were taught in Czechoslovakia at various levels of schools, which helped to expand the number of specialists, especially technical ones.
From 1953 until the collapse of the Soviet bloc, the Czechoslovak military delegation worked in Korea as a member of the Supervisory Commission of neutral states (together with Poland, Sweden and Switzerland). Every year in the month of solidarity with the struggle of the Korean people for the departure of the US troops and the peaceful reunification of the motherland, numerous meetings were held in Czechoslovakia to support the just demands of the Korean people.
The Great Leader Comrade Kim Il Sung visited Czechoslovakia in 1956 and 1984. The prime minister of the Czechoslovak Government Viliam Široký visited DPRK in 1957 and the President of the Republic Antonín Novotný in 1959. The delegations of Workers Party of Korea and Communist Party of Czechoslovakia took part in their congresses. Both countries have visited state delegations at the highest level several times. In 1973, the Czechoslovak delegation in the DPRK led the CC CPC General Secretary Gustáv Husák, and in 1988 CC CPC General Secretary Miloš Jakeš.
Czechoslovakia has provided valuable documentation and procedures, particularly in the field of engineering production. It trained specialists in Czechoslovak races and institutes. There was also extensive cultural exchange. At the Philosophical fakulty of the Charles University, the Center of Korean Studies was established and an extensive library of Korean literature was founded in the Oriental Institute of the Czechoslovak Academy of Sciences. Since 1972, mass tourist tours from Czechoslovakia to DPRK were organised.
After the collapse of socialism, the relations between Czechoslovakia and the successor states and the DPRK were seriously disturbed. The Czech and Slovak Republics, as vassals of American imperialism, are oriented towards cooperation with the south Korean puppet regime. DPRK and the Czech Republic have relations at the embassy level. Diplomatic relations with the Slovak Republic are also ensured by the Embassy in Prague.
After the fall of socialism, the Peaktusan Czech-Korean friendship association, the Slovak-Korean friendship association and the Czech and Slovak Juche study groups were founded. 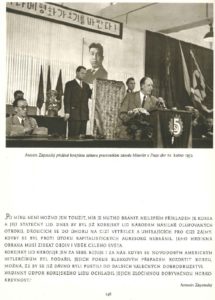 Prime Minister (later President of the Republic) Antonín Zápotocký delivers  the DPRK flag of the workers of Motorlet factory in Prague on May 10, 1952. After the counter-revolution, the race was closed and demolished. 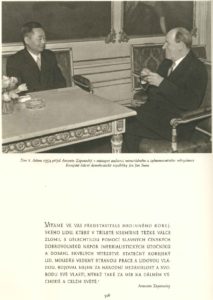 A peaceful mass raly on the Old Town Square in Prague on August 23, 1950. The slogans on the houses: „Hands off Korea!“ and „We call for the withdrawal of foreign troops from Korea!“ 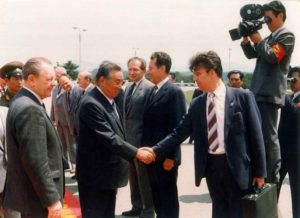 Comrade Jaroslav Kafka, later Chairman and Honorary Chairman of Pektusan Czech-Korean Friendship Society, during the visit of the Czechoslovak Party and State Delegation in the DPRK on May 27,1988 with the Great Leader Comrade Kim Il Sung  – left standing secretary general of the Communist Party of Czechoslovakia comrade Miloš Jakeš.
Lukáš Vrobel,
first vice-chairman of the Paektusan Czech-Korean Friendship Association
and Czech Group for Study and Materialization of the Juche idea,
Prague, October 19, Juche 107 (2018) 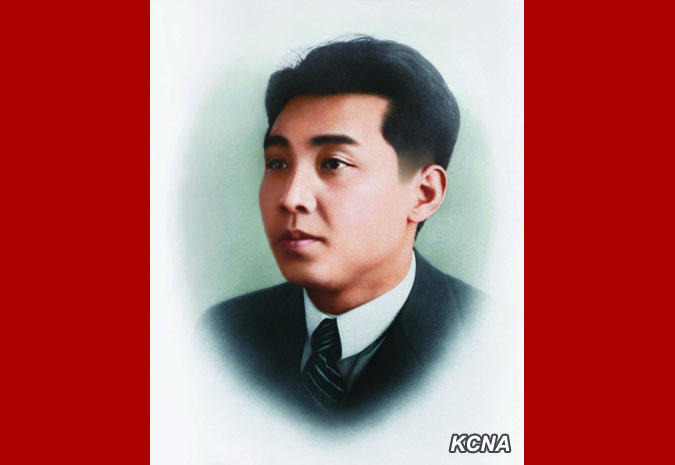 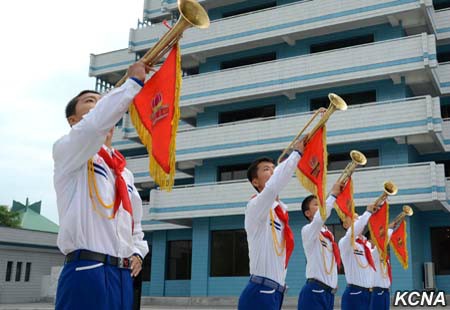 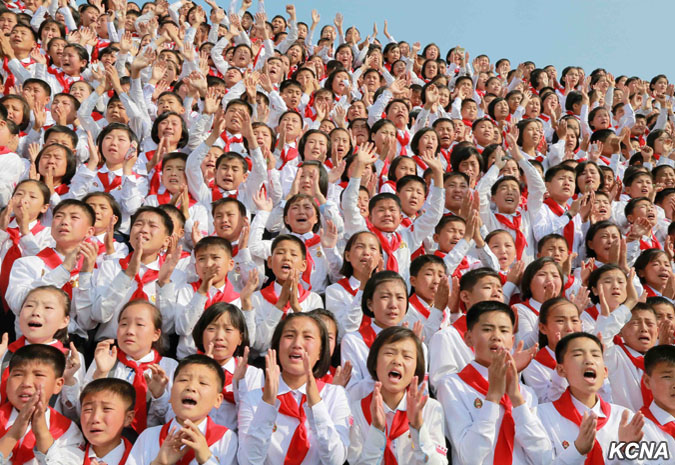 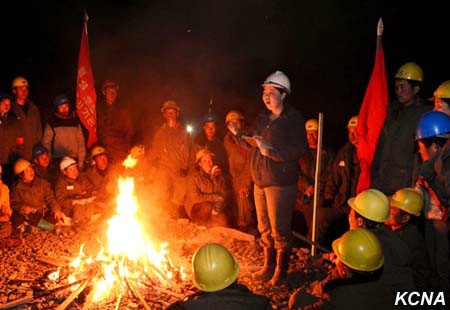 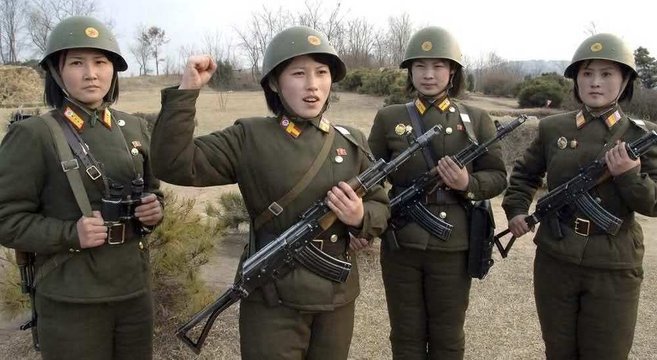